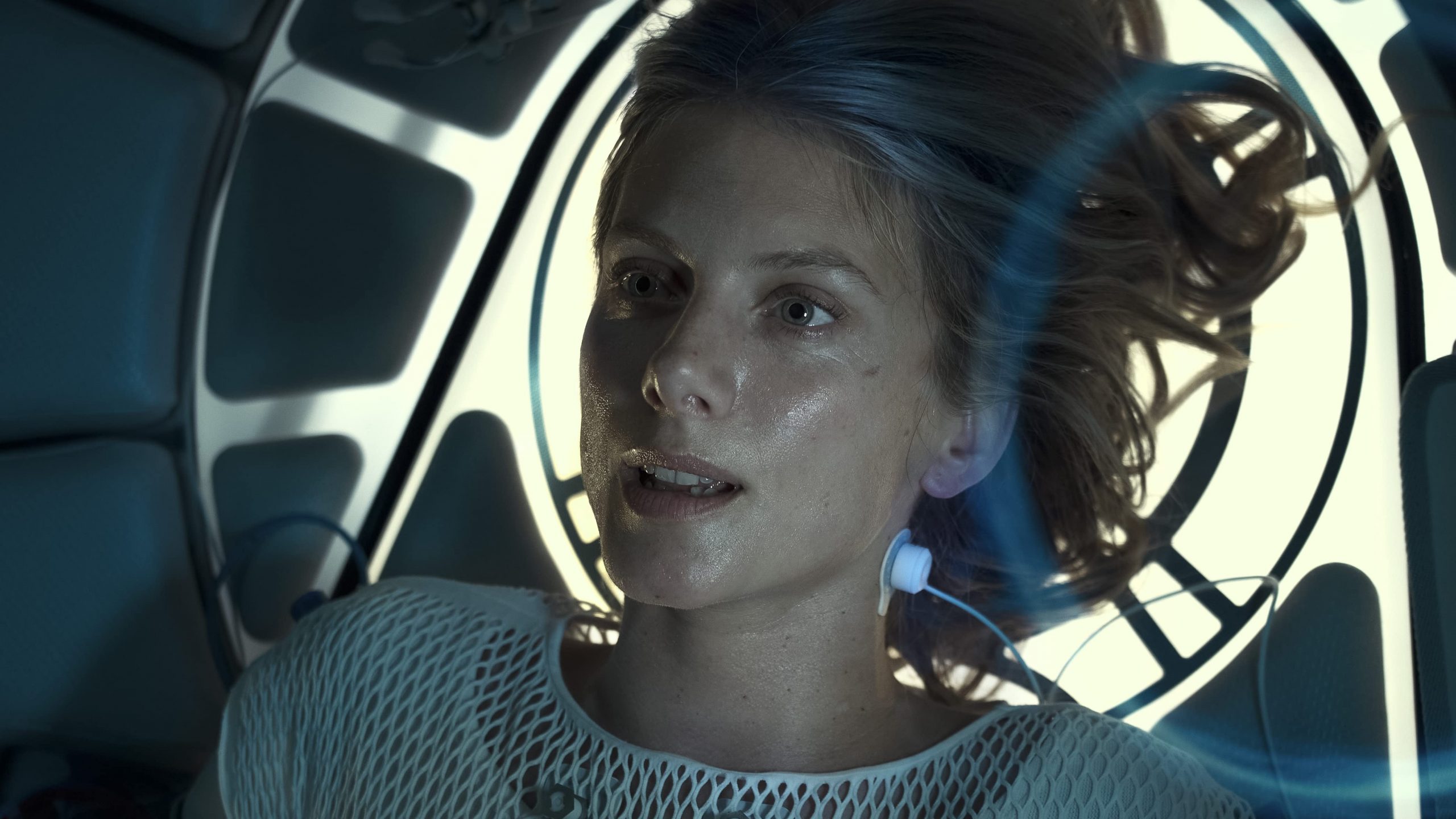 Oxygen is one of the best-named science fiction films I can think of. It leaves you feeling desperately grateful just to be able to breathe, with the film’s claustrophobic and panic-inducing environment serving as a powerful reminder for how delicate our pathetic existences really are. The film starts with a nameless woman unexpectedly awaking in fear, enclosed in a clinical and horrifying medical chamber. Without being specific so as to prevent any major spoilers, these cramped conditions create an unchanging and incredibly intimate setting for essentially the entire duration of Oxygen.

It is hard to discuss the film without giving away any important details, as the discovery of information is critical to Oxygen’s enjoyment – even her name is arguably an important part of the narrative. Like you, Mélanie Laurent’s character has no idea who she is, where she is or how she got there. Crucially, she quickly learns that her oxygen supplies are worryingly finite and her most pressing task is to find a way to escape the pod. Despite the extreme poverty of characters, locations or exposition, Oxygen is a triumph in creating tension and intrigue. There is a relentless feeling of dread that hangs over every moment, with the oxygen counter excruciatingly depleting as the protagonist leaps from one wretched escape strategy to another. Those concerned that this might be a slow or boring 101 minutes have little to worry about, though the hopelessness of her situation combined with some occasionally questionable decision-making can be frustrating at times.

The plot delivers some thoughtful and captivating turns as you uncover more about how this unique scenario came to be, though one of its handful of twists was extremely obvious and over-telegraphed. However, its mostly-satisfying conclusion was successful in leaving me thinking more about the powerful ideas it presented than the questions it left unanswered.

Oxygen
Innovative, bold and unconventionalHorribly and desperately claustrophobic in a good wayGenuinely interesting story told in a mostly-elegant way
Fairly limited in scope, for obvious reasonsOne 'twist' was fairly clumsy in its deliveryYou'll be internally shouting for her to behave differently at times
8Overall Score