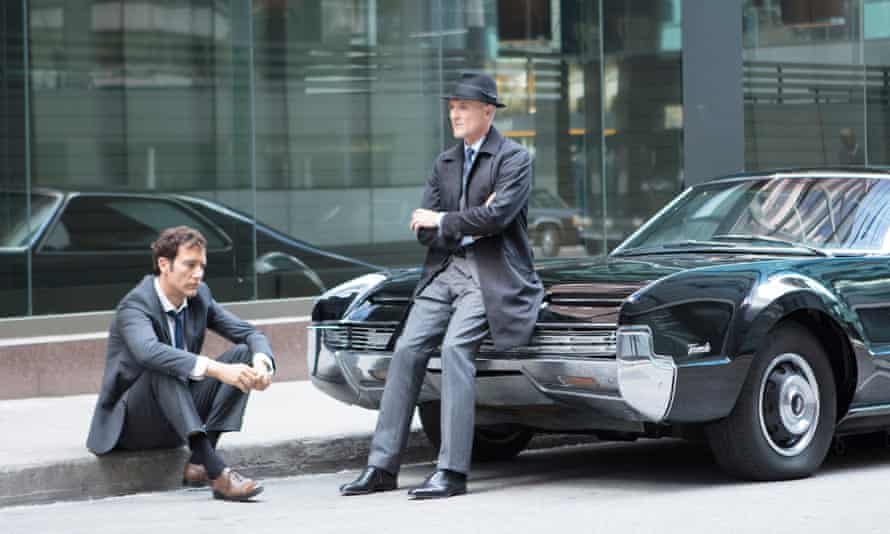 If you’ve ever seen a few episodes of Black Mirror, you’ve already seen the best of Anon. The main theme it presents is shared through a world in which privacy is a notion resigned to humanity’s past. A connected, persistent network, dubbed the ‘ether’, has rendered any attempts to keep secrets, tell lies or stay anonymous effectively futile. It’s a thought that has been explored lightly in other films (Gattaca, Her, Minority Report) but never truly given the feature-length treatment. Perhaps there was a reason for that, as although Anon begins with some fresh and interesting ideas to share, it eventually loses momentum and sadly by the end you’ve almost forgotten what it was about in the first place.

The film concerns Sal (Clive Owen), a detective tasked with solving murders. It turns out that in a future where everyone’s mind’s eye is recorded and readily available to the authorities, getting away with a crime ain’t so easy. It’s invasive and disconcerting but it makes everyone safe – right? The network keeps us protected. Problematically though, just like any other technology, the network is vulnerable to attack. Sal discovers that a growing number of murder cases are being digitally tampered with, preventing the cops from solving the crime. If Ubisoft’s Watch Dogs videogame series was a film, this would be it.

The plot pits the divorced Sal, still grieving over the fatal loss of his son, against Amanda Seyfried’s all-hacking elusive antihero. Her nameless and seductive character is able to manipulate digital evidence for elite clients, though her anonymity from the ether makes tracking her almost impossible. The cat and mouse game that ensues forms the basis for most of the film, which eventually evolves into a relatively formulaic crime drama. The beating heart that inspires the title and many of core concepts in Anon is the role of privacy in our increasingly-digital society – so it’s a surprise that this is not examined with any meaningful depth. Despite containing some important ideas that are absolutely worth exploring, the film’s narrow storytelling and robotic characters are brought to life in such a cold and colourless manner that you end up not really caring either way. It’s both sad and strange that this opportunity to challenge our feelings about privacy was not embraced, and I don’t think there is anything in Anon that provokes new thinking or demands the audience to question their own relationship with the subject.

Perhaps that’s OK. Maybe not every film has to make a statement or present new discourse. Yet there’s not much warmth or emotion to Anon either, leaving a rather flat impression however you choose to watch it. Ultimately it’s a mostly-harmless crime movie with a modern science fiction setting, and not much more than that.

Anon
Important themes that are worth examiningNeat and realistic CGI overlaysAmanda Seyfried is seriously hot in this
A bit boring and uninspiredThe acting is by no means bad, but it's lacking any real emotionSeveral 'but why would that ...' moments. Suspending your disbelief is required
5Overall Score