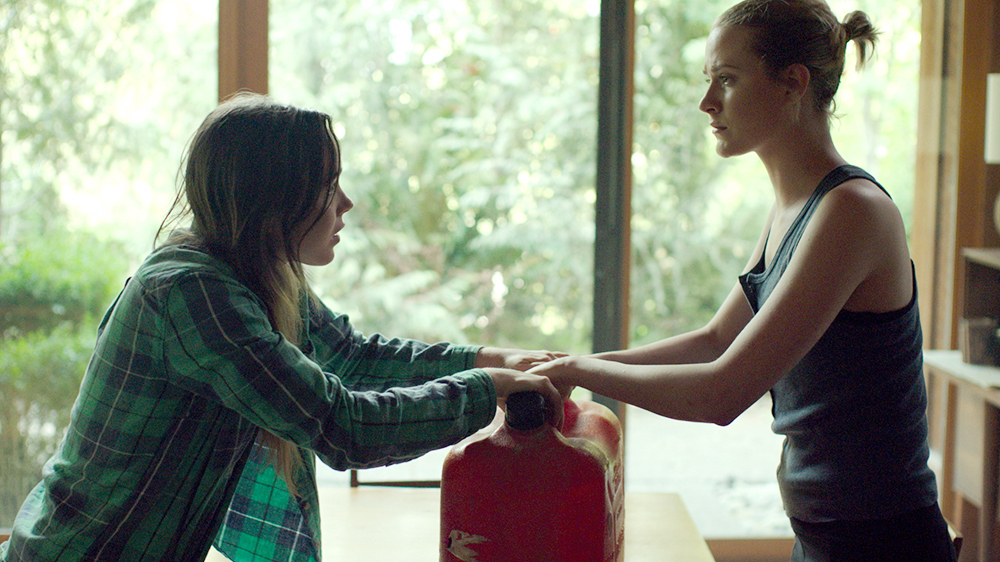 At first glance Into the Forest looks like it has everything it needs to be a gripping and entertaining movie. Set in the beautiful, wet Pacific Northwest, it features sisters Nell (Ellen Page) and Eva (Rachel Wood) struggle to survive after a mysterious nationwide power cut destroys the American way of life. With no end in sight and their father tragically killed in an unfortunate accident, the girls must try to continue their lives in an isolated home, several miles away from the nearest town.

It all sounds like it could make for an interesting, intimate playground to explore ideas around our dependance on post-industrial living or the ennui that young women might feel with the luxuries on modern living snatched from them at a crucial time. On some level, Into the Forest does attempt to tackle these concepts, but sadly on most levels it overwhelmingly and utterly fails to deliver.

The circumstances of the film’s core situation are left desperately under-explored and although Nell tries to make the most of their difficult situation, her unbearable sister does nothing but hold things back. I don’t believe characters have to be likable to be good – some of the best in cinematic history have been total cunts – but Eva is one of the wettest, most petulant and all-round irrational people I’ve ever seen in a film. Her irritating decision-making skills and inability to behave like a normal person begin as a slightly annoying but excusable facet of the plot, but by the end have snowballed into inexplicable, blinding nonsense that concludes with one of the most infuriating finales in science fiction history.

This is somehow simultaneously a boring, pointless slog through a year of near-solitary living and a needlessly graphic, stupid series of events that borders on the ridiculous. For the vast majority of the film, the science fiction element is almost entirely untraceable but it offers none of the interesting character interplay or development you might expect to fill its place.

I feel like Into The Forest might be trying to make a point about something or other, but perhaps I’m too uncultured to pick it up. If it is indeed intended to be a clever metaphor for something, then it does so at the expense of creating a film worth watching. How about this for a metaphor? It’s shithouse.

Into the Forest
Ellen Page is convincing as the likable NellThere's something romantic about the rainy, isolated PNW settingA permanent loss of electricity is not something I've seen explored in sci fi before
You'll want to smash Eva's head on the corner of a brick wall by the endFar too much of the movie is left unexplained, often in the most ridiculous wayIt's unsettlingly graphic, and most of the time without a creative or narrative rationale
2Overall Score