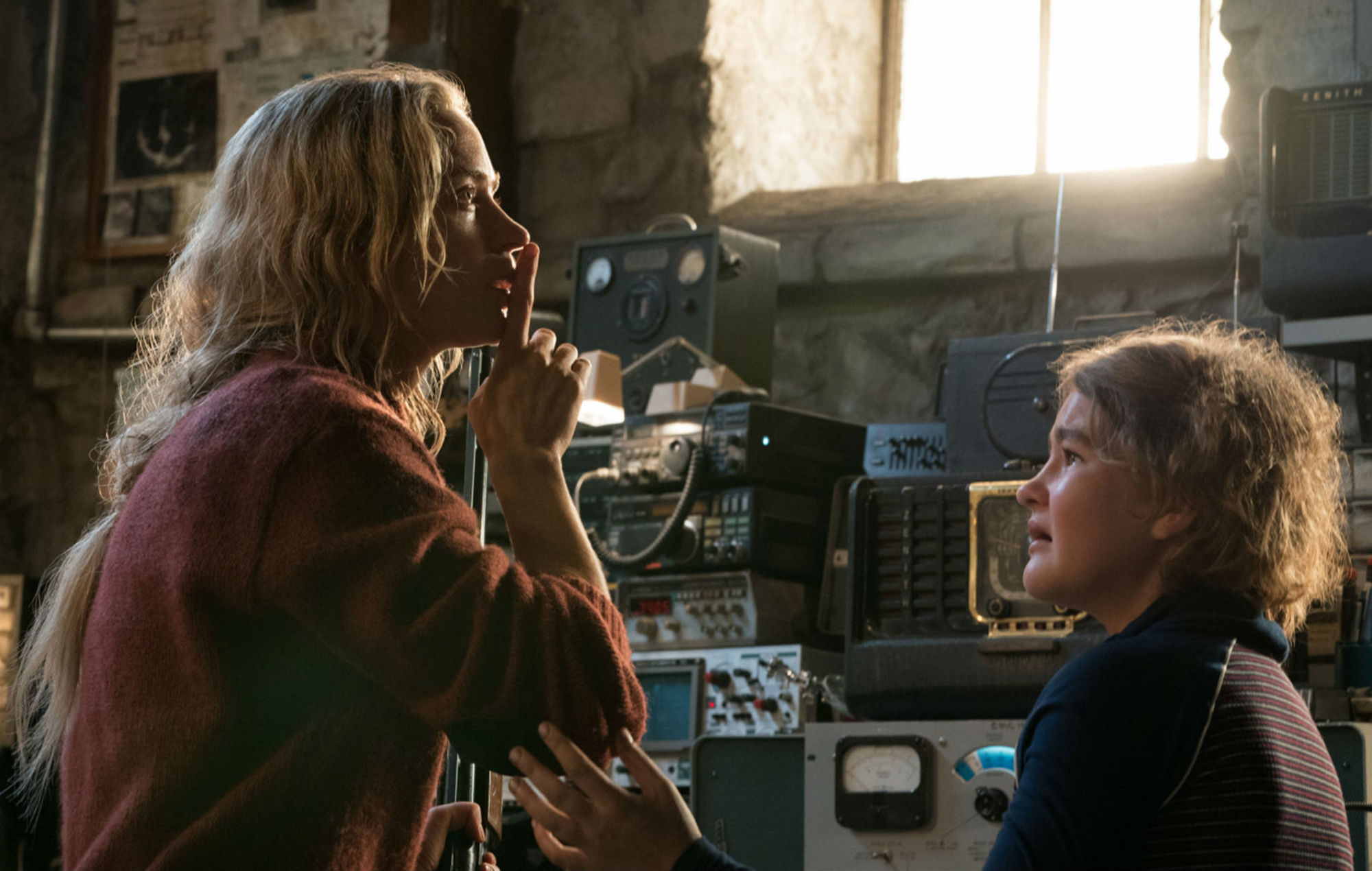 Nestling right on the cusp between horror and science fiction, A Quiet Places draws upon inspiration from Signs, I Am Legend and 10 Cloverfield Lane, but significantly from the excellent Naughty Dog videogame The Last of Us. Its central concept is that the world has been ravaged by a race of aggressive aliens hyper-sensitive to sound but otherwise blind. Accordingly, Earth’s remaining population must therefore try to survive by making no noise whatsoever.

What unfolds is far more intense and entertaining that you might expect. Real-life couple John Krasinski and Emily Blunt are an (obviously) convincing set of parents that are doing all they can to keep their family alive – a scenario shown to be especially perilous in an early sequence in which a family member makes too much noise and is subsequently slaughtered.

Telling this story naturally relies upon an extremely limited script, at least in terms of dialogue. This restriction, just like in the marvelous Wall-E, helps create a far more powerful and emotive film than might otherwise be the case. Hushed whispers and routine (albeit silent) family life are occasionally interrupted by the accidental thud of a mishandled item, which, given the circumstances, sparks an incredibly tense moment. A Quiet Place is all about the ‘moment’. It almost unfolds as a real-time two hours of drama, and features a handful of claustrophobic, desperate scenes that will have you holding your breath as the intensity of the situation teeters on the unbearable.

It’s an intimate, personal film that doesn’t rely on shocks to get hearts racing. Instead, it leans heavily into its core concept of silence to create a visceral experience that tries to put the viewer right there in the action. This is up there with the best in the horror sci fi sub-genre, and possibly the very best film of its kind that’s set on earth.

A Quiet Place
Emily Blunt is exceptional (in general, but also in this)Few films are able to match it for tension-buildingThe silent soundscape makes for an original and powerful storytelling technique
Like all horrors, you'll be screaming at the characters' decision making at timesThere are one or two moments that stretch credibilityThe science fiction element is very light
8Overall Score