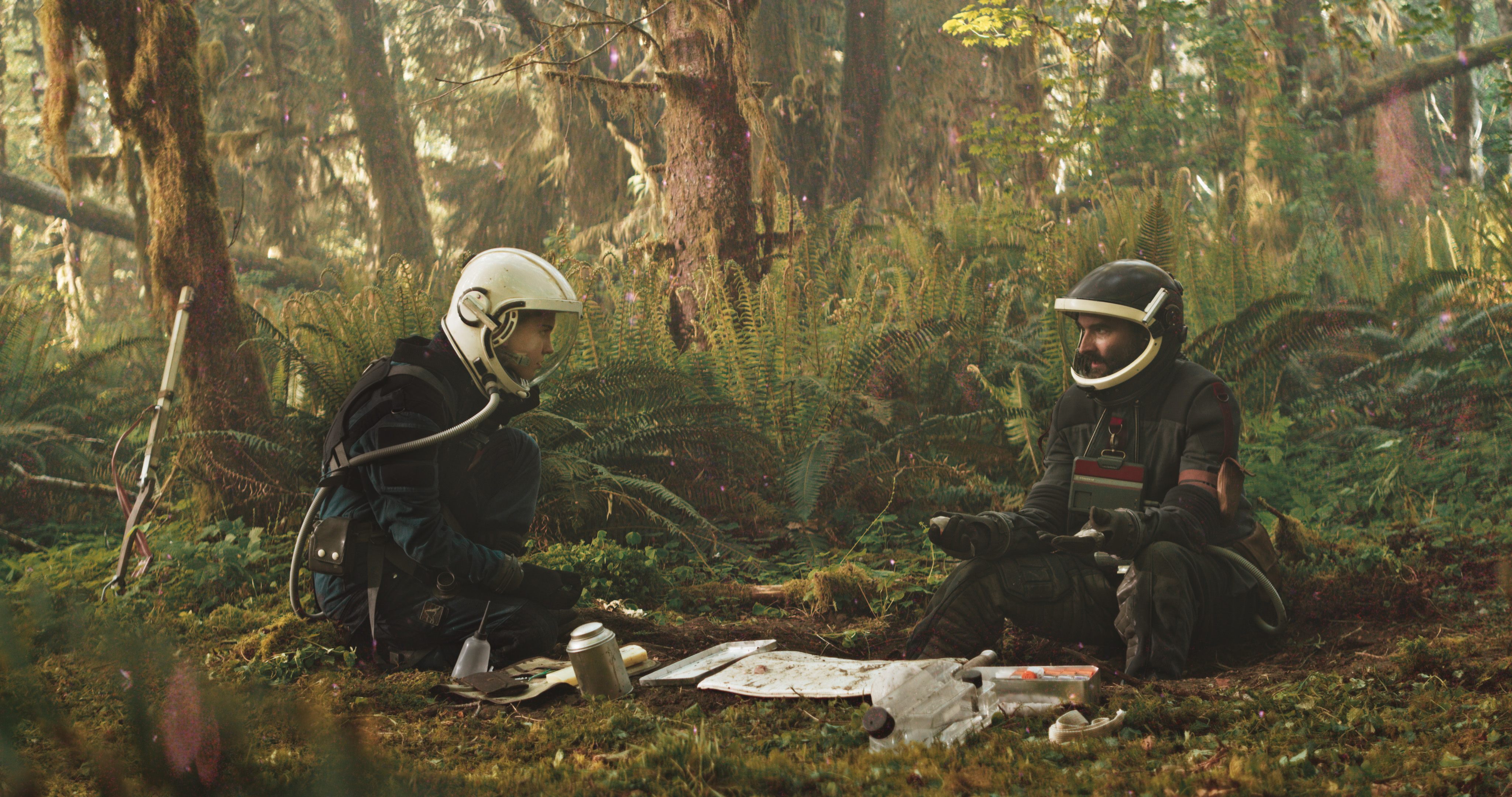 There are a handful of films that have sat on ‘my list’ on Netflix for time immemorial. Prospect is one of them. It just doesn’t look like it would be very good so I’ve never been in the mood to watch it. I’m glad I finally did though, because Prospect is a surprisingly original and captivating story that offers far more than meets the eye.

At first glance, it’s all familiar territory. Damon is a spacefaring prospector searching for riches on a frontier moon with his daughter Cee. After a botched landing, the pair are stranded in a jungle that looks something like a cross between Endor (Star Wars) and Pandora (Avatar). So far, so mediocre.

What sets Prospect apart is a fantastic sense of place. Everything from the convincing, spore-filled atmosphere to the corroded and dilapidated equipment combines to create an authentic ‘outer rim’ feel to the film. This is the Serenity/Firefly Wild West of science fiction, but with a truly original aesthetic – perhaps most notable Prospect’s very own ‘unobtainium‘. The film’s economy, character motivations and broader examination of greed are centered around a precious gem that can only be extracted by the careful hand of expert harvesters. The stone resides in a grotesque, fleshy underground sac, itself contained within some kind of disgusting living set of giblets pulled straight from the sets of Existenz or Alien. Anything other than a perfectly surgical removal of the valuable prize will result in a mixing of fluids and a destruction of the asset.

Prospect has enough twists and turns to make the most of its compelling environment, and excellent displays from the supporting cast better known as Game of Throne’s Oberyn and The Wire’s Slim Charles and Bubbles keep the tension mounting as the narrative unfolds.

There’s one particularly grisly scene that will stick in the mind that I won’t spoil, but in general it’s full of memorable moments and intense set pieces. I thought Prospect would be another generic sci fi – it’s anything but. Those on the hunt for an authentic and original tale in gritty space, this is definitely one worth checking out.