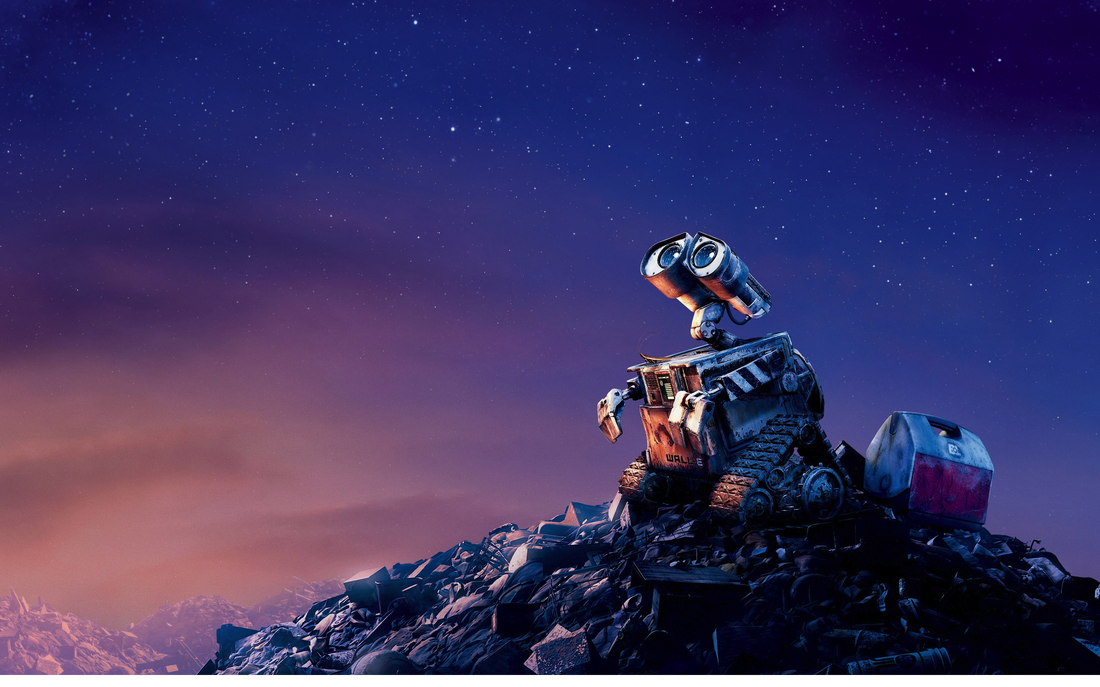 A perfect score for a movie meant for kids? That’s part of the beauty of this unexpectedly powerful film. Amazingly, there isn’t a single word uttered until almost half an hour after the start. The story of a dead and broken world is told from the perspective of a lonely garbage-shifting robot, using only a visual narrative. This alone makes WALL-E an ideal title for people of any age and any background.

Even once the dialogue kicks in, the flow of words are kept to a minimum. Somehow, Pixar have managed to make the audience care about a rusty little bot without any need for exposition or obvious depth of character.

This would all be for naught if it weren’t for the compelling story and meaningful message. It’s hard to describe without ruining it for those that haven’t seen it, but it’s rare that a kids film will encourage its audience to reflect quite so deeply on the nature of humanity and the direction we’re headed toward.

WALL-E is an important film, managing to delicately subvert the standard tropes in mainstream animated movies and offering something far more impactful as a result.

WALL-E
Universal appealBeautiful cinematographySerious subject with playful tone
Second half isn't as good as the firstArt style of humans is unpleasantErm ...
10Stunning silence