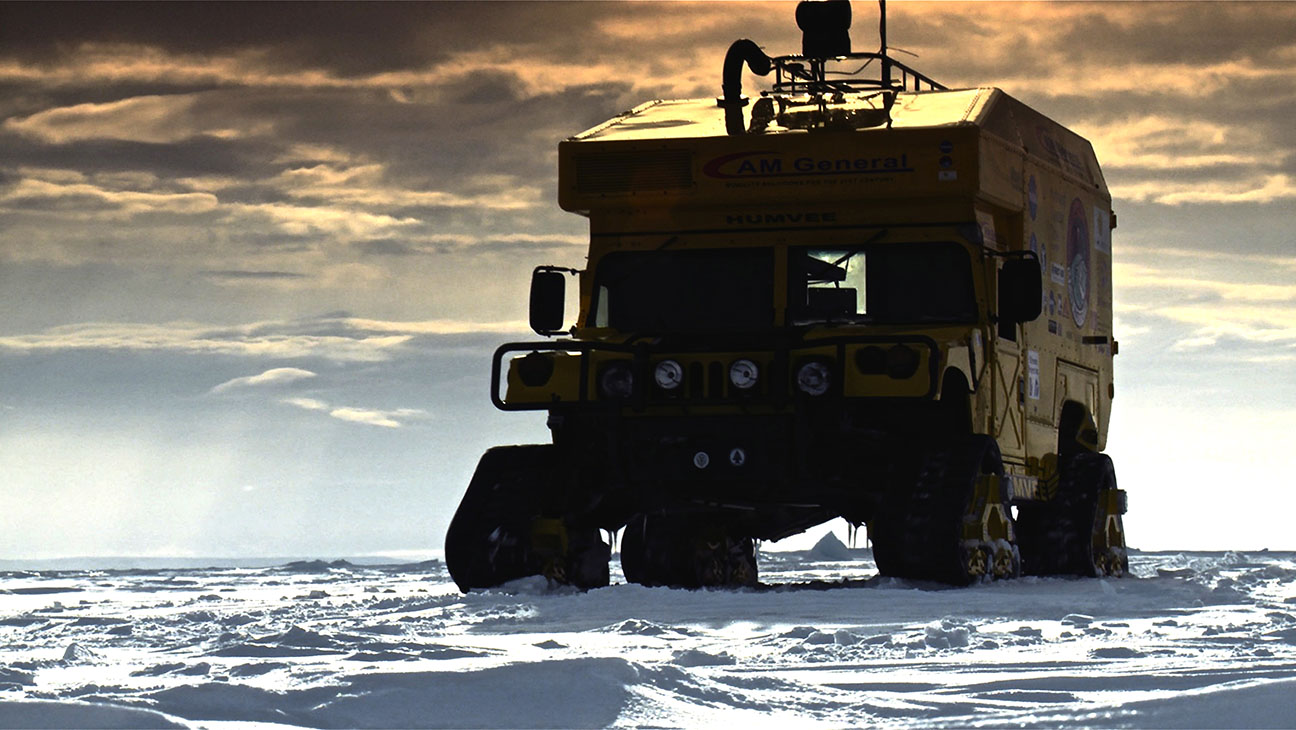 Now, it should be stated that Passage to Mars is barely a sci fi. In fact, by almost every criterium I can think of, it isn’t. But I’ve watched it now, so it’s going on the list. I  wasn’t quite sure what to expect, but I was surprised by the semi-documentary styling of this movie, which is based on a Mars training exercise in the extreme North.

Using presumably real footage, a crew of fellas head out to pass through a notoriously difficult route somewhere in the North Pole. They’re driving in a massive Humvee, but to my ignorant eyes don’t seem to be doing anything particularly heroic or novel. Just driving around in the snow.

The film is weirdly narrated in first person by Zachary Quinto, as if he were there on the trip himself. Of course he isn’t though, making the whole thing a little odd. Irritatingly he does also indulge in the opportunity to ramble on about poetic parallels to the red planet. Although Quinto and the director do everything they can to make the journey feel epic and eventful, in reality very little happens, making the constant grandiose meditations on Mars feel grossly under powered. Footage of Mars is shown throughout, complete with pretentious and out-of-place reflections, including the particularly laboured Phillip K Dick reference of ‘do Humvees dream of diesel sheep?’.

I feel a bit sorry for the boys. They had a pretty impressive trek through the freezing cold, and overcame a couple of moderate hurdles to make it home in one piece. The problem is that it’s nowhere near interesting enough to make a movie out of, and the connection to Mars feels totally irrelevant. What’s more is that the jarring presentation style makes it very difficult to actually enjoy watching. Good luck to them though, it’s just a shame the movie doesn’t quite work.